Public transport plays a key role in mobility in the Netherlands and other countries. It has been recognized that the on-time performance is one of the key performance indicators in public transport. Many different internal and external factors cause the train operations to be disturbed. Moreover, incurred delays are often propagated to other trains and to other parts of the network. The societal, managerial, and scientific relevance of research on the on-time performance of railway systems are eminent. This thesis provides a clear picture of the reliability of railway systems. A railway system can be considered as a very large and complex stochastic dynamic system. “Reliability of Railway Systems” describes mathematical models for the evaluation and optimization of railway timetables. Special attention is given to the allocation of running time supplements. These supplements can be very useful in containing delay propagation. However, the effectiveness of these supplements highly depends on the location within the train line. A surprising, but potentially effective supplement allocation rule is developed to decrease the propagation of delays. Another important subject is the heterogeneity of train traffic, or in other words the speed differences. Besides showing a strong correlation between speed differences and reliability, new measures were developed to capture the heterogeneity. Furthermore, an innovative stochastic linear program is presented that is not only able to evaluate, but also to optimize timetables. It integrates most railway dependencies, and it directly optimizes the average arrival delays. The model shows that considerable improvements are possible with respect to the current timetable in the Netherlands. Several variants of the model are described, such that the model can be used for a wide range of problems. 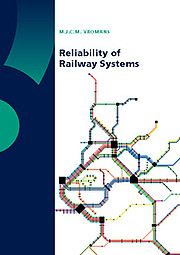