The dissertation advances scholarship in entrepreneurship, corporate social responsibility (CSR) and organisational ethnography. In the first study, based on a 15-month study of Amsterdam-based venture, Fairphone. I argue that effectual entrepreneurial agency is co-constituted by distributed agency, the proactive conferral of material resources and legitimacy to an eventual entrepreneur by actors external to the new venture. In the context of social movement activism, an effectual network pre-committed resources to an inchoate social enterprise to produce a material artifact because it embodied the moral values of network members. I theorise the role of artifacts in effectuation theory, suggesting that a material artifact served as a boundary object, present in multiple social words and triggering commitment from actors not governed by hierarchical arrangements.

In the second study, I investigate the implementation and public justification of corporate social actions (CSA) by an MNE. I show how a CSR programme that is developed in one country to acquiesce to local institutional demands is discursively justified by another subunit of the MNE to constituents removed from the site of those practices. I suggest that the paradox approach to legitimacy management by social action—an approach that has been theorised but not empirically examined—may not lead to inherent conflict as assumed in the literature if the MNE’s cost of acquiescence in one domain is low and institutional pressure in another weak. 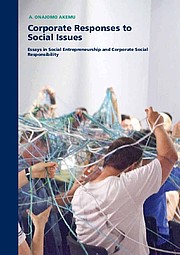