Can the unique characteristics of family-controlled firms (FCFs) make them uniquely resilient in times of financial crisis? 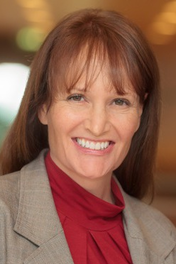 In their latest paper Family influence and the role of institutions during the global financial crisis, Dr Vanessa M. Strike, Scientific Director of the Erasmus Centre for Family Business (ECFB) and Dr Marc van Essen of the Moore School of Business, University of South Carolina examine why, and how,  family controlled firms (FCFs) may  have outperformed other types of firms during the global financial crisis.

Particularly with regard to corporate  and country-level  governance – one of the key ethical issues that led to the financial crisis –their research results indicate that  the ‘family values’  which characterise FCFs (including long-term perspectives, close relationships, stable ownership, ‘patient’ capital, prudent risk-management,   participative decision-making that captures employee loyalty, and an emphasis on good reputation) may have  enhanced  the FCFs’ ability to outperform other types of firms  during the global financial crisis that peaked in 2008.

“We contribute to the emerging literature on the institution-based view of corporate governance by investigating how family-controlled firms are affected by legal and labour protection in times of global financial crisis,” say the authors in the paper’s abstract.  Their research is based on “a large firm-level dataset of 1,112 firms across 17 (European) countries during the 2007-2009 global financial crisis."

Strike and Van Essen further contribute to research in the field by taking on a broader context for examining the family firm during the financial crisis.  While much previous literature has been dominated by single-nation research,  the two scholars have  taken a broad European context for their research, sampling data from 17 EU nations. Further, they combine research based on agency theory with that based on institutional theory.

Agency theory has been the touchstone in corporate governance research for some decades. It describes the relationship,  and potential conflicts of interest between principals of a company (owners/shareholders) and agents (managers). “Agency theory is conceptualised by opportunistic behaviour, where managers make decisions that maximise their own utility at the expense of owners,” a situation that adversely affects firm value, say the authors.

In an FCF, in which the owners and managers are by definition ‘on the same team’, agency theory may be less relevant than institutional theory, which focuses on the social structures within firms, and the resilience that results. Because FCF’s are driven by lasting firm value, as opposed to the drive for short-term profit in non-family firms, they seek to build strong ‘institutions’ – internal and external norms that lead to good firm reputation, trust and strong relationships.  Because of reputational concerns, FCF’s are also driven to cooperate with external institutions, for example national and international governance bodies.  “Opportunism is therefore less likely to occur in FCFs as these firms are more likely to develop social and reputational capital through positive interactions with key stakeholders such as employees, customers, suppliers, and government officials,” say Dr. Strike and Dr. van Essen.

Why examine the family firm?

Research into family controlled firms has lagged behind other areas of research in part due to their inherently introspective nature, which can manifest as a lack of disclosure. However according to an article introducing the ECFB in the October 2012 edition of RSM Insight (Issue 10), the family firm is “responsible for more than 60 per cent of the GDP and 85 per cent of all jobs,” in the US, while in the EU “80 per cent of companies are family firms, accounting for 75 per cent employment. In the Netherlands, 69 per cent of firms are family owned (and that is excluding self-employed entrepreneurs), and they are estimated to contribute over half of the Dutch national product each year.”

With its research, the ECFB under the guidance of Dr Strike attempts to redress the lack of research in the field.