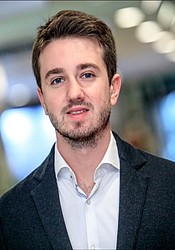 The crisis of 2007-2008 has revealed a deep lack of understanding of the sources of fragility in the financial system. For example, regulation of the banking sector was tailored to prevent isolated bank failures, while ignoring the impact of such regulation on aggregate markets. Similarly, there was a severe lack of understanding of other, unregulated parties offering financial intermediation services, such as credit rating agencies, hedge funds, etc.

Now, a decade after the financial crash, it seems that the financial sector is much safer than prior to the crisis. Ad-hoc micro and macroprudential policies have led to stronger capital and liquidity ratios and have strengthened the financial system as a whole. But are these measures really enough to prevent the next financial crisis in such a fast-evolving and complex system? In this regard, new financial intermediaries arise that largely depend on information technology and big-data (Fintech). Understanding whether these parties engage in regulatory arbitrage or provide meaningful new or more efficient services than existing banks will be important for the future of this sector. The same holds for understanding how existing banks may respond to such competitive threats.