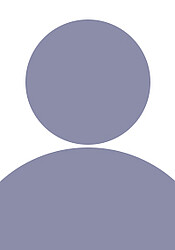 With a background in HRM and counselling, Hodar's research focuses on emotions and well-being issues at work. Specifically in his PhD, he is examining the phenomenon of loneliness among leaders. Other research topics he investigates include job insecurity, work stress, and overtime work.

PhD Track The Emergence and Experience of Leader Loneliness

Over the past few decades, interest in loneliness – broadly defined as the subjective, unpleasant experience of social disconnectedness (Cacioppo & Cacioppo, 2018) – has grown significantly. Both scholars and practitioners from disciplines such as psychology, sociology and philosophy, have been studying the phenomenon and its largely undesirable consequences to individual health (Holt-Lunstad, 2018), general functioning (Heinrich & Gullone, 2006), and relational outcomes (Qualter et al., 2015). Despite rising academic interest in these adjacent academic domains, loneliness has only recently started to attract attention in the management field (Ozcelik & Barsade, 2018; Wright & Silard, in press). This is surprising, given the potential negative organisational and managerial implications of loneliness.

Leaders, particularly, seem to be vulnerable to experiences of loneliness (Barling & Cloutier, 2017; Saporito, 2012). Yet, scholars tend to conflate leader loneliness with general loneliness. This generalised approach assumes that leader loneliness is a variation of loneliness stemming from other social provisions, such as romantic relationships and friendships (Weiss, 1974). Considering leadership often involves directing teams, influencing strategic directions, and making high-pressure decisions in organisations, a generalised approach ignores these leadership-specific factors that may trigger variants of emotional experience.

To better understand this practically relevant yet overlooked phenomenon, I adopt multiple perspectives and methods in my PhD projects, including (a) a critical review of the dispersed literature; (b) a qualitative interview study to compare the leadership narratives of loneliness; (c) a quantitative project on the loneliness of mid-level managers, using an experiment and a three-wave online panel study; and (d) a cross-level theoretical piece to explain the paradox of leaders feeling lonely without being alone. Together, my PhD thesis is a timely response to the loneliness “epidemic” and calls for more attention to leader well-being issues in both research and practice (Barling & Cloutier, 2017; Murthy, 2017).