PhD Defence: All Apologies, On the Willingness of Perpetrators to Apologize 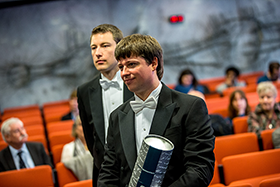 Conflicts are bound to happen when people interact closely. An effective apology can have the power to disarm potential conflict and avoid it escalating into a full-blown clash, but offenders are still often unwilling to offer them. Why is this the case? New research by PhD candidate Joost Leunissen reveals which psychological drivers actually determine what will get you that apology and what won’t. Leunissen’s PhD dissertation ‘<link people joost-leunissen phdproject>All Apologies: On the Willingness of Perpetrators to Apologize’, exposes the victim’s reaction to an offence. It also describes the relationship between offender and victim; both are determining factors in the offender’s willingness to apologise. His research shows that apologies are usually offered when least desired by the victim, and that offenders often overestimate how difficult the apology will be for them to make.

Although offenders ultimately choose whether or not to apologise, Leunissen shows that victims have an important part to play in an offender’s decision to apologise. Apologising can be risky for an offender. One might be forgiven, but admitting guilt could make an offender worse off, from being shamed by those around them or from potentially costly lawsuits or legal claims. Offenders are more willing to risk apologising when they think the victim will accept it and forgive the offender. Victims who react in a forgiving way after an offence are therefore much more likely to receive an apology than victims who react in an angry or revengeful way. Indeed, whether or not a victim receives an apology is partly due to their own reactions after an offence. 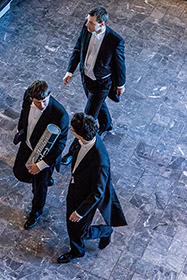 Leunissen calls these different reactions of victims and offenders an apology mismatch: offenders and victims have different ideas on when an apology is necessary. The irony of these varying emotional reactions to intentional and unintentional conflicts is that perpetrators are especially motivated to offer an apology when victims least desire it. It also means that when victims particularly want an apology, after a deliberate conflict, they are unlikely to receive one.

For example, Leunissen found that perpetrators are more willing to apologise to people who have power over them, such as their boss, because relationships such this can provide offenders with lots of benefits. Likewise, offenders are much more likely to apologise to a colleague on whom they are highly dependent. It is important to acknowledge that offenders have their own motivations for making an apology, which is not necessarily because they feel bad for a victim, Leunissen explains. This realisation will help researchers and victims to better understand why offenders are sometimes willing to apologise and sometimes not, and to help in the design of more effective intervention methods after conflicts. 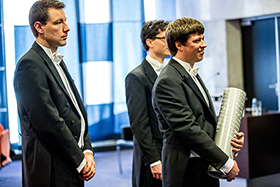 Finally, Leunissen’s findings highlight the importance of addressing false beliefs about apologising. They reveal that errors in beliefs about apologies can shape an offender’s willingness to apologise. Offenders expect apologising to be a highly unpleasant act that will make them feel negative and distressed. This is however not the case; offenders look back quite positively on apologies they have given. Offenders overestimate the unpleasantness of apologising which decreases their willingness to apologise. This leads to underuse of apologies, which is particularly problematic because the absence of an apology can lead to further escalation of the conflict, says Leunissen. It is therefore important that offenders have a more accurate understanding of the negative consequences of not apologising.

Joost Leunissen (the Netherlands, 1983) studied public administration at Leiden University. In 2002, he participated in an elective course in social and organisational psychology. This elective fuelled his interest and enthusiasm for social psychology and as a result he decided to take up the study of psychology. After finishing his bachelor in psychology in 2007, he enrolled in the Research Master programme at Leiden University, with a specialisation in social and organisational psychology. In 2008, he graduated from his doctorate in public administration. A year later in 2009 he graduated (Cum Laude) from the Research Master programme. In September 2009, Joost started his PhD project entitled “Why do people apologize?” at RSM under supervision of Professor David De Cremer, Dr Marius van Dijke and Dr Chris Reinders Folmer. During his PhD, he studied the social psychological underpinnings of a perpetrator’s willingness to apologise. His work has been published in journals such as the Journal of Economic Psychology and the Journal of Experimental Social Psychology. Joost is currently a visiting research fellow at the Centre for Research on Self and Identity at the University of Southampton, UK.

Abstract of All Apologies: On the Willingness of Perpetrators to Apologize