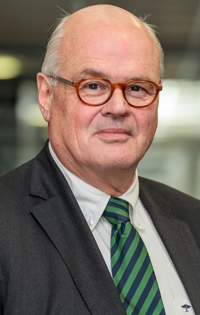 Mr de Kuyper congratulated Dr Strike for making the event possible. “It’s a great start. One of the things that we think is very important for the centre is that we connect to other similar centres in the world.” In that respect, the symposium was a “marvellous start.” Mr De Kuyper thanked and addressed each of the speakers.

Mr de Kuyper closed the symposium by sharing a personal experience: “I am a fourth-year alumnus of the Rotterdam School of Management. I started in 1973.” In those days, business schools were a comparatively new phenomenon in the Netherlands.  “When I told my fellow students and teachers that I’d like to work at my family company, they told me to forget it.” The dominant view was that family business wouldn’t survive into the 21st century. Consultants at McKinsey argued that family firms were disadvantaged as they could not attract the best skilled leaders, tied as they were to the members of a certain family. From a financial perspective, being dependent upon a family’s own wealth, instead of having access to global capital as a publicly listed company, was also seen as an insurmountable obstacle. Yet family business persisted with flying colours. Mr de Kuyper: “I’m very glad that we could say that the 21st century might be the century of family business.”