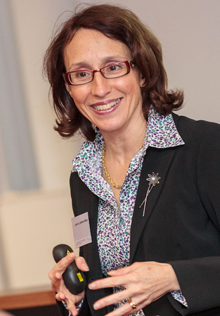 “Family firms are the dominant form of organisation, even though we don't study them or talk about them often,” said Dr Isabella le Breton-Miller, who was presenting research from the book Managing for the long run: Lessons in competitive advantage from remarkable family businesses, written by her and her husband Professor Dr Danny Miller. In addition, “we discovered that family firms tend to outperform.” Disagreeing with Professor Carney, the Millers emphasised that family firms live extraordinarily long. They exist for 24 years, while a new venture with a lone founder generally has a lifespan of only eight years.

Dr le Breton-Miller : “To place our work in context: when we started studying family firms, we experienced the explosion of the first .com bubble.” Amidst the crisis, family firms didn’t act like other companies – they outperformed and survived longer. “It’s because they had a different philosophy of management,” – one geared towards a long-term vision, passing the business on to a new generation. “Businesses were not there to make a quick buck.” What can other companies learn from family businesses?

The researchers studied 40 family-controlled companies that had been leaders in their markets for decades – admittedly, a favourable sample. Half of them were publicly owned, the other half privately owned. Of the family businesses, 25 had experienced a period of poor performance, and one had even failed. “We had very extensive files on each of the companies, and we went and interviewed the family members, consultants who worked with them, clients – whoever we could get to.”

Upon studying the family businesses, it turned out they weren’t marked by the usual distinguishing features of successful companies, like grand strategising, changing strategies, and charismatic leaders. Dr le Breton-Miller:  “All those traits that you’re supposed to see in great businesses were not so visible.” The Millers went back to the drawing board and the data they had collected.

“We found that the four driving priorities in strategy – which we call the 4 Cs – did emerge.” They are there to support specific strategies: 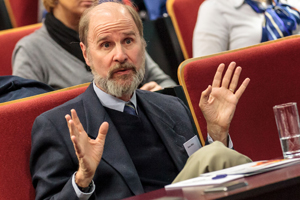 The Cs are the result of family business’ long time dimension. Professor Miller: “The moment they expand the event horizon, [family-controlled companies] are forced to expand their service to the different stakeholders; they are forced to consider their employees because they need their employees to work hard for the mission and to be cooperative; they are forced to form longer term relationships with partners, because they will be there, more loyal and richer, and they are going to have relationships that are not transactional, that allow for flexibility and growth.”

The intensity of the four pillars differs per company, depending upon its strategy. In the Millers’ model, there are always two dominant pillars and two support pillars. Innovators like Michelin need to be bold, so they need strong command and a strong community. Operators like Wallmart need good connections to suppliers like P&G and focus on continuity by eliminating as much human labour as possible. When a company has only one pillar, or all pillars but no dominant ones, things go wrong. At Levi Strauss, there was an exclusive focus on community at some point. 200 managers were working on their brand and culture, the project exceeded all time limits, and in the end everyone had to reapply for their jobs.

After publishing the book, the researchers took on studying a more varied sample of family businesses in terms of size, legal context, and ownership forms. The Millers found that family firms perform best when: family involvement in large firms is limited; family firms are small; or, the institutional context is less developed. On the other hand, family firms perform worse when: temptations to exploit business arise as companies go public; there are multiple family factions; later generation executives are in charge; or, there are more family members embedded in higher management.