Goal Orientation in Teams: The Role of Diversity Defended on Thursday, 19 March 2009

Organizations make increasingly use of teams as their basic structure, making it more and more important to determine what enables optimal team functioning. Over the past decades, the goals people focus on in achievement settings (i.e. goal orientation) is shown to be highly important for individual behavior. Nevertheless, little is known on how this plays out in a team context. The present dissertation focuses on uncovering the role of team composition in goal orientation on team functioning, with special emphasis on the role of diversity. 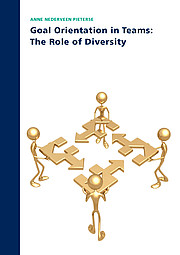