Common wisdom has it that ‘apes ape’ and what ‘monkey see, monkey do’. Human beings, though, by far and beyond outperform apes in their capacity for imitation. Copying the behavior of others is such a central capacity in mankind that imitation of the creative products and/or ideas of others also should be an essential ingredient in creative task performance. Much biographical evidence on creative professionals in conjunction with research on imitation in management literature highlights the role of imitation in the creative process. However, previous studies hardly concentrated on behavioral determinants and/or motivational underpinnings of imitation in creative performance settings. To fill this void, the present dissertation reports a series of four laboratory experiments to show that imitation is a component of creative task performance, which differs from creativity in its reliance upon exemplars of other’s creative performance. It was found that imitation is an element of creative task performance, which is sometimes negatively, but other times positively related to creativity. Moreover, it was shown that contextual factors such as the quality of exemplars of other’s performance and presentation of such exemplars in abstract or specific terms play a powerful role in the creative process, while it was acknowledged that one’s tendencies to rely upon creative exemplars and one’s subsequent imitative or creative actions also depend on one’s dispositions to engage in social comparison, and on one’s self-regulatory focus. Imitation thus is an important factor in the creative process and worthwhile to further investigate in greater detail. 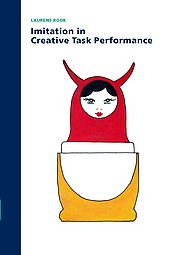