Firms and Financial Markets: Empirical studies on the informational value of dividends, governance and financial reporting Defended on Thursday, 16 June 2016

This dissertation contains three empirical studies that contribute to our understanding of dividend, governance and transparency policies of Dutch listed firms. The first study describes the dividend policy decisions of Dutch firms in the twentieth century. The fraction of dividend-paying firms has increased but the proportion of the profits which are paid out has declined steadily over the century. We identify three dividend regimes, each with a specific set of rationales. We exploit the variation across periods and apply Shapley decomposition algorithms to map changes in the dominant logic. The dominant logic of dividend policies has been revised twice and earnings have decoupled from dividend policies. In the second study, we analyse the stock price effects of block sales and purchases and the disclosures thereof for Dutch firms over the period 2000-2004. Shareholders have to disclose ownership and trading date information when passing specific ownership thresholds. We measure a significant positive price effect for block purchases but not for block sales. We do not measure a significant price effect for their disclosures. We find two opposing effects about the agency role of large shareholders. The final study describes the development of reporting transparency based on annual reports of Dutch non-financial listed firms for the periods before and after IFRS became mandatory. We analyse the relationship between corporate governance and reporting transparency and we investigate the effect of reporting transparency on future firm performance. In particular, after the introduction of IFRS, we observe a strong increase in transparency and with a much lower variation. 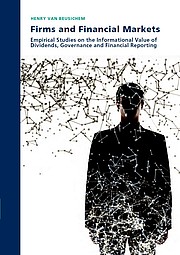