Prior academic research and common sense assume that differences in attribute importance weights should determine choice. All else equal, consumers are presumed to prefer products that in their view are superior along the products’ most important—or so-called “prominent”—dimensions. This dissertation examines to what extent people use prominence (i.e., relative attribute importance) when constructing their preference and shows that the decision process exerts an influence on choice that is not captured by the classic theories. 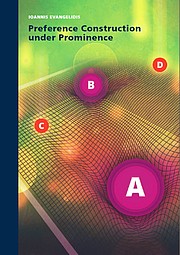