On getting along and getting ahead: How personality contributes to social network dynamics Defended on Thursday, 26 September 2019

Although we realize the importance of the generation of fundamental and new technological knowledge (technological innovations), we think that an often neglected determinant of innovation is the managerial and organization capacity to recognize this knowledge, assimilate it, and apply it to commercial ends (Cohen and Levinthal, 1990; Van den Bosch et al. 2003).  We define these managerial and organizational innovations as novel managerial capabilities and new organizing principles for using the existing knowledge-base to carry out combinations that are new to the firm and the industry. Managerial and organizational innovations are thus innovations that have a more significant impact on the relationships between the constituting technologies and knowledge components, than on the technologies themselves (Henderson and Clark, 1990). Many strategy scholars applying an evolutionary perspective (Grant, 1996; Kogut and Zander, 1992; Nelson and Winter, 1982) argue that these managerial innovations are limited to deploying and extending existing capabilities rather than constantly recreating new capabilities. However, firms such as Microsoft, Honda, and Benetton were able to continuously recreate new managerial capabilities and novel organizational forms in various competitive rounds resulting from their management's extensive absorptive capacity and learning ability. These managerial capabilities and organizing principles opened up new sources of  innovations and productivity growth resulting in competitive advantage.  There is great unanimity among strategy scholars that the need for these new managerial capabilities and organizing principles in hyper competitive environments is even greater than ever (Pettigrew et al., 2003). Expanding worldwide competition, fragmenting markets, and emerging technologies force established firms to renew themselves continuously by transforming stagnant businesses and creating new sources of wealth through new combinations of resources (Guth and Ginsburg, 1990) and new knowledge integration patterns (de Boer et al 1999). According to Porter (1996), downsizing, restructuring, reengineering, and benchmarking often only improve operational effectiveness, but do not provide strategic advantage. Likewise, Hamel and Prahalad (1994) contended that instead of  `more of the same' or `try harder' approaches ("How to be better"), firms should fundamentally reconsider their core activities ("How to be different"). Not a static strategy, but strategy innovation and industry transformation are much more important (Volberda, 2003).  The position of the Netherlands in the Global Competitiveness Index of the World Economic Forum regarding innovativeness and productivity growth is disappointing. The Dutch degraded from the top-10. This could have serious consequences for the international competitive advantage of firms and organizations in the Netherlands. At present, the primary focus of government and business in the Netherlands is on efficiency and exploitation instead of innovation and strategic renewal. Such a focus will not result in a fundamental improvement of our innovation capacity (March 1991; Van den Bosch and Volberda, 2003; Volberda and Van den Bosch, 2004). This raises important problems. This research project contributes to these problems by investigating as research question “How do managerial and organizational determinants of innovative organizations contribute to sustained competitive advantage of Dutch firms? 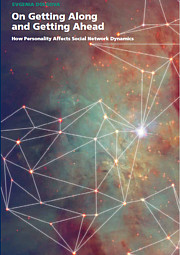