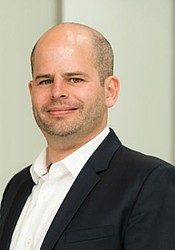 Johannes Boegershausen obtained his Ph.D. in Marketing from the University of British Columbia. Subsequently, he worked as an Assistant Professor of Marketing at the University of Amsterdam. In September 2020, Johannes joined the Rotterdam School of Management, Erasmus University.

Johannes' general research interests revolve around the effects of polarized sentiments on consumer perceptions and preferences. His second stream of research examines marketplace morality, focusing on how cues we encounter in the marketplace lead us to perceive other people (e.g., other consumers, employees) differently and prompt socially (un-) desirable behaviors toward them.