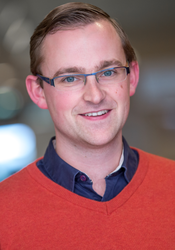 PhD Track From line planning towards a better timetable

In the Netherlands, several railway operators are active on the railway network. Among these are many freight transporting companies and a few companies transporting passengers. Netherlands Railways is the largest operator of trains in the Netherlands and it has the exclusive right to transport passengers on the main part of the Dutch railway network. It operates all intercity trains and some regional trains. A few other companies operate regional trains, especially at the edges of the rail network.

In total, more than 1.1 million journeys are made on a daily basis. Over a year, 9 million people use the train to travel. This makes the Netherlands one of the most intensively used networks in Europe. After Switzerland, it had the highest ratio of passenger kilometres over line kilometres in 2014.1

In order to transport these customers, an efficient railway network is needed. Passengers don’t like to wait or to make transfers.  They prefer to have a train that stops only at their origin and destination stations. Since this is impossible for each individual passenger, the train operator determines a set of train lines (a line plan) that can be exploited to provide good service to the customer. By good service they generally mean a high frequent rail system with short travel times. A train line is defined as a direct route between two end stations, with possible intermediate stations and a given frequency. Such a line plan is based on an Origin-Destination Matrix, showing the passenger demand, in order to have the line plan (supply) fit to the demand. There are several objectives that can be used to find a line plan. A generally used objective for example is the minimization of the total passenger travel time. Alternatively, one could minimize the number of transfers for all passengers.

A line plan has a lot of influence on the quality or attractiveness of the railway system. If a line plan is bad for certain passengers, they will not use the train anymore. Alternatively, if a line plan guarantees good connections between two stations, it might attract more passengers. The national government needs to reduce the output of carbon dioxide and motivating people to use public transport is one of the measures they can take. To motivate people to leave the car, the alternative, i.e. the train, should be reliable and not worse than the car-option. Hence service should be at a high level and there should be a high frequent system. This is a motivation to put a lot of effort in finding a good line plan.

Designing a timetable means finding a hourly pattern. Timetables in the Netherlands (and in many other European countries) are cyclic, which means they repeat themselves every hour. Currently, when designing a timetable, planners mainly focus on transfer times, thus minimizing the total travel time of passengers. This does not necessarily mean the optimal solution is found to the timetabling problem. As mentioned before, a timetable does not always exist for a given line plan. This means that it is  not possible for all trains to drive at the desired speed, while maintaining all connection possibilities. It is possible that certain transfers cannot be realized within the given time limits, or that too many trains share a certain part of infrastructure (possibly given some boundary conditions like synchronisation of trains). Although many line planning models have a bound on the number of trains allowed on a piece of infrastructure, this does not mean this cannot be an issue any more. Often trains do not have the same driving characteristics, and together with synchronisation requirements, this can be an issue. It is very interesting to be able to do a quick check to what extent it is possible to make a timetable,

given a line plan, and what this timetable roughly looks like and this is the goal of this research.

At this moment, most train lines in the Netherlands are served with a frequency of two or four times per hour. A frequency of four per hour means that every 15 minutes a train leaves to serve that train line. Plans are to increase these frequencies to six or even eight trains per hour. It is very well possible that frequencies in other countries will be increased too. Since infrastructure is limited, a good planning is needed, i.e. a good timetable. It is very important to decide which trains go first and which trains have to be slowed down in order to obtain a feasible timetable.

Netherlands Railways has the desire to do scenario analysis when designing a line plan and a timetable. They like to check what the effect is of making specific changes to a line plan. There is software available that makes a mathematical model for the timetable based on the Periodic Event Scheduling Problem as introduced by Serafini and Ukovich (1989).  If this model is solved, it gives a feasible timetable. If no solution exists, a conflict in the model is returned that has to be solved. However, there is no optimization in this model and algorithm. Therefore, it is hard to check what the effect of certain changes is.

Recently, with increased frequencies for the train lines, many conflicts occurred in the timetabling model. This has led to planners doing the timetable planning by hand and not using the algorithmic decision support tools any more. In the manual approach, they start to fix the timetable at the station of Zwolle, since this appeared to be a tough node in the network in the past years. Zwolle has many incoming and outgoing tracks and train lines, as shown in Figure 1. Here the red and blue lines correspond to rail infrastructure. The train lines at Zwolle need to have connections with each other, to guarantee good transfers. The fixations at Zwolle are used to develop the timetable for the rest of the network. However, it is unknown whether it is good to start at Zwolle. Next, it is unknown what the effect is of the assumptions made at the beginning of the design. By scenario analysis, planners want to gain more insight into what is possible in a timetable. Further, they want to incorporate known passenger flows into the timetabling process to optimize the timetable.

This research focuses on the gap between a line plan and a timetable. Models have been proposed that integrate line planning and timetabling, cf. Schobel (2015). However, they have their limitations, for example, they are hard to solve, at least to optimality. In this approach, models are developed that evaluate the line plan on several aspects. The most important of these aspects is the check to what extent this line plan can be put into practice, i.e., if it is possible to make a timetable out of it. It also will show the large outline of the timetable or where the line plan has to be changed, based on passenger demand. Next, it should give more insight in where bottlenecks are concerning infrastructure, pointing out where infrastructure investments might be most advantageous.

Another advantage is that it provides more flexibility in planning. Current timetabling planning software is often very rigid, users have to be very careful with the input in order to get useful results.