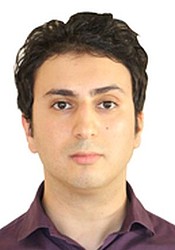 PhD Track From start-up to scale-up: a multilevel framework on regional- and firm-level aspects that drive fast growth

Media and policy makers are fond of new ventures that are able to scale-up quickly bringing new products and services to the market while creating new jobs. Start-up firms play a vital role in generating new business activities and in creating economic welfare; however, various studies have clearly explicated that many nascent organizations do not survive – and if they do - remain relatively small (Hopkins, 1997). In the United Kingdom, for instance, fast growing firms represent only a small minority yet they generate the majority of new jobs in recent years (Nesta, 2009; 2011). Interestingly, a comprehensive set of start-up programs and policy reforms in Denmark in the early 2000s led to a dramatic increase in the numbers of ventures formed, but when analysed five years later, the vast majority had plateaued at a few employees, and fewer than 1% met the fairly modest criteria set to be considered "growth" ventures. So what’s the problem? Why don’t we have as many successful growing organizations we can point to? What makes it so difficult for start-ups and small organizations to move into areas of comparative advantage and high-value added as to generate attractive growth patterns?

Despite their importance, thus, there is a dearth of empirical evidence of this phenomenon while there are no current unifying theories that explain how some firms are able to scale up and grow at fast paces while others do not. In particular, we lack knowledge on the drivers of scale-up venture successes, on the mechanisms and processes of scale-up ventures and on the dynamics of capability and resource reconfiguration during the scaling-up. The main objective of this PhD project is to shed light on the phenomenon of scale-up ventures exposing the drivers, processes, mechanisms, capabilities, resources and structures that allow them to succeed. By doing so, this project has the potential to contribute to the bodies of knowledge of entrepreneurship and strategy fields while providing ventures teams relevant practical implications.